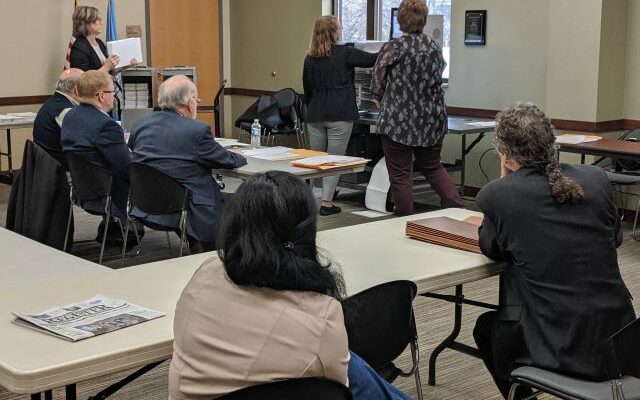 The Brookings City Council recount is complete. A few votes changed, but not the outcome.

In the one-year council race, Brianna Doran remains the winner over Andrew Rasmussen 1274-1270. It had been a nine-vote margin.

The board pulled out a total of nine ballots because they did not have an official stamp., Four were school board only and did not impact this race. Onr was blank. Three were for Doran, one for Rasmussen. Just calculating off of that, it should have ended up a 7-vote margin.

Gilbertson says the discrepancy may have happened on election night…

Reed and Burns are also satisfied with the outcome.

Burns is impressed with the election process in Brookings…

The vote becomes official when the City Council canvasses the results Thursday.