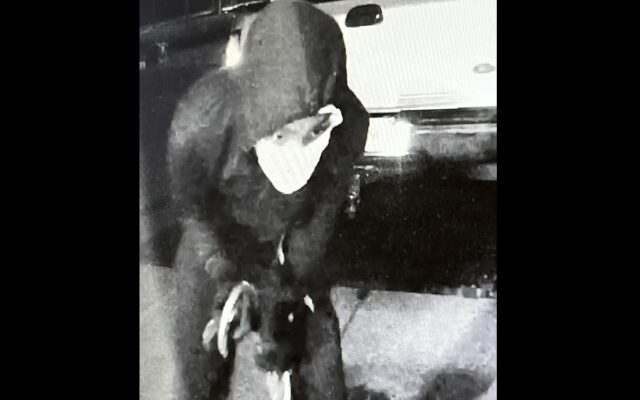 The Brookings County Sheriff’s Office is seeking the public’s help with an ATM burglary in Volga.

Sebring says the alarm went off at a bank on the 90 block of Caspian in Volga. The suspects used a Ford F250 pickup, stolen from a business in Brookings, to damage the ATM. They then stole an undisclosed amount of cash and fled.

Sebring says it’s likely part of a series of ATM burglaries over the last several months in the area. He says one vehicle acts as a lookout while the other commits the crime. It’s believed a white SUV was used as the lookout vehicle and can be seen in the area prior to the crime.

The Sheriff’s Office is asking businesses and residents in the area, especially on Washington Road, Second Street and Hansina Avenue, to check their surveillance video around the time of the burglary.

The pickup used in the commission of the crime was recovered near 2nd Street and Marvin Avenue in Volga.

Anyone with information can contact the Brookings County Sheriff’s Office or Crime Stoppers at 692-STOP.