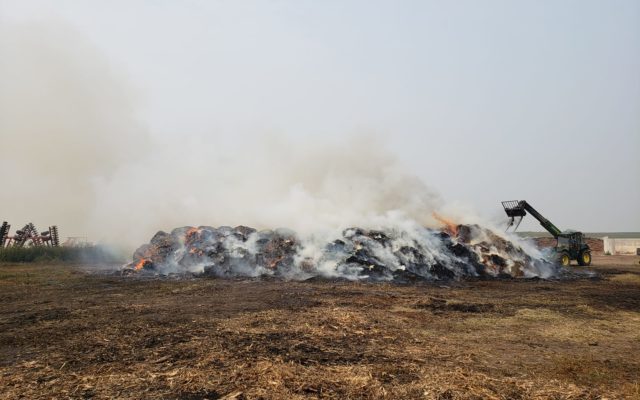 The Brookings Fire Department and Sheriff’s Department respond to two fires in two days that may have been caused by spontaneous combustion.

The first was reported shortly after 4:00 o’clock Wednesday afternoon at the Brookings Landfill. A pile of tree stumps and mulch caught on fire. The damage was about $2000. Firefighters were at the scene for two hours in the extreme heat.

Shortly before 6:30 this morning, they responded to a fire in a pile of round bales east of the landfill at 210th Street and 474th Avenue. About 200 round bales had been piled up about a moth ago. The damage is estimated at $10,000. As of Noon Thursday, that fire is still burning.

Assistant Sheriff Scott Sebring says the exact cause of the fires is not known but both may have been spontaneous combustion.