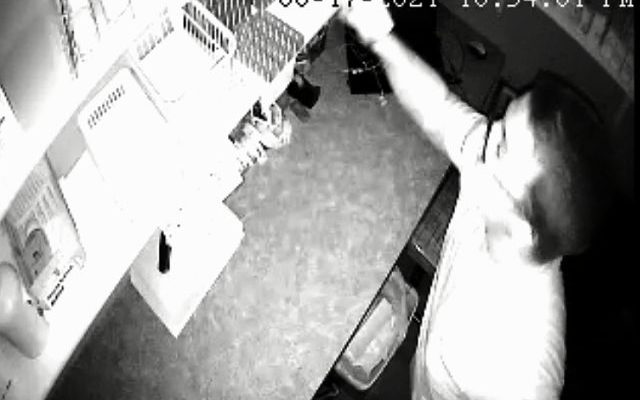 The suspect in the June 17 burglary at Brothers Pharmacy

Brookings police are investigating the second burglary this summer at Brothers Pharmacy.

Police responded to an alarm at the pharmacy on 6th Street at 11:53 Sunday night.

Portions of Medary Avenue and 6th Street were closed. The Brookings County Sheriff’s Office K-9 unit and the Brookings Area Special Response Team searched the business. No one was found although there was evidence someone had gained entry before police arrived.

Gebers says the method of entry is similar to a June 17 burgalry at the same business. In that instance, several pain medications were stolen. The suspect was a white male with short, dark hair. He was wearing eyeglasses and had a surgical mask covering a portion of his face.

Anyone with information is asked to contact the Brookings police or Crime Stoppers at 692-STOP. If the tip you submit to Crime Stoppers leads to the arrest of the suspect, you may be eligible for a cash reward.