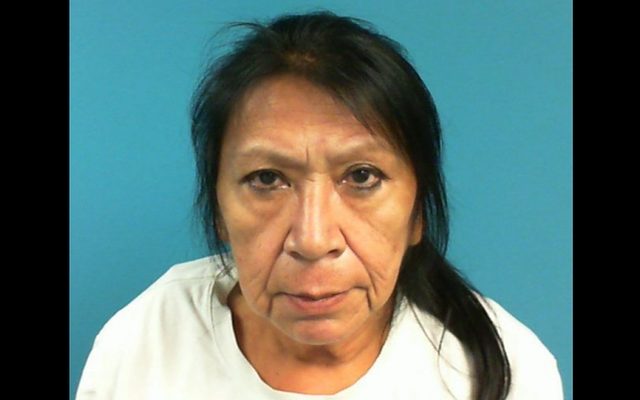 A Brookings woman is facing a felony charge after allegedly striking a man with a baseball bat.

Police Lt. Marci Gebers says police were called to the 1000 block of Western Avenue shortly before 6:00 pm Tuesday for an assault in progress.

Police arrived and arrested 64-year-old Lorna Dean. Gebers says she hit the 57-year-old man twice in the arm and once in the stomach. He did not require medical attention.

Gebers says it began as a verbal argument and escalated.

Dean is charged with aggravated assault domestic. Bond has been set at $5000 cash only.