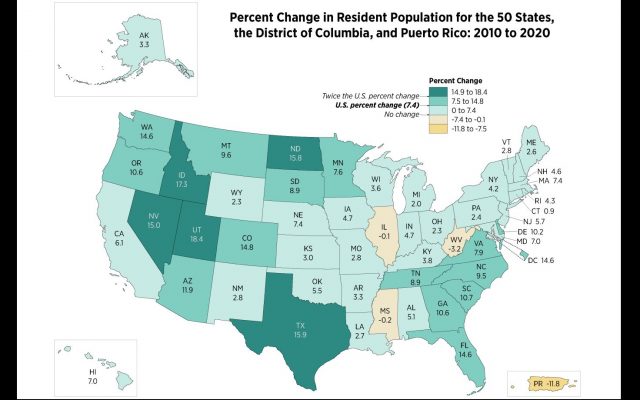 The U.S. Census Bureau released its first round of data from the 2020 headcount. South Dakota’s population increased by 72,487 people since 2010, bringing the total to 886,667. It remained the fifth-least populated state in the United States.

In South Dakota, a committee of lawmakers will determine new state legislative districts based on detailed Census data set to be released later this year.