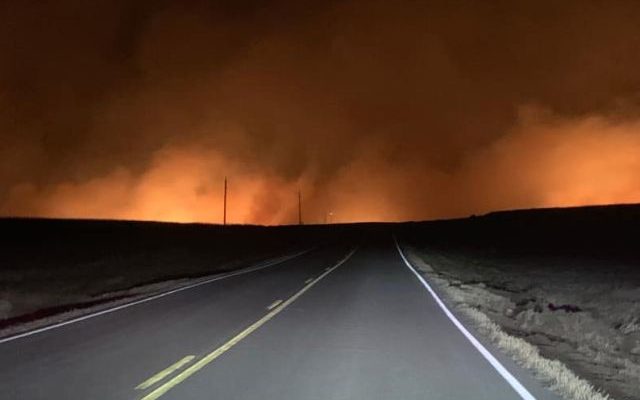 NEMO, S.D. (AP) — Firefighters have started to gain control of wildfires in the Black Hills of South Dakota.

The wildfires have forced the evacuation of more than 400 homes and closed Mount Rushmore. Three separate wildfires were burning Tuesday northwest of Rapid City. The largest is near Schroeder Road in the Nemo area. Officials say that fire is about 50% contained. At least one home has been destroyed. It’s expected that all homeowners will be allowed to return home by the end of the week.

Two smaller blazes were burning southwest of Rapid City, including one inside the grounds of the Mount Rushmore National Memorial. The monument and some surrounding roads were closed.

In addition, large grass fires are being fought in Jones and Perkins Counties.