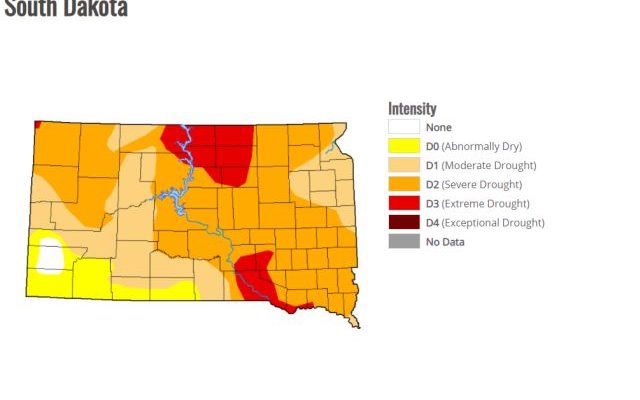 PIERRE, S.D. (AP) — An order signed by South Dakota Gov. Kristi Noem will allow producers to begin mowing ditches for hay. The order declares a state of emergency due to drought conditions.

A Department of Transportation rule prohibits mowing ditches in eastern South Dakota until mid-summer primarily to provide cover for pheasant chicks. Noem says the mild winter and early spring has put most of the pheasant hatch “well behind us” and reports for the upcoming pheasant season “look fantastic.”

Noem says the order signed Tuesday will allow producers to immediately gain access to hay for their livestock.