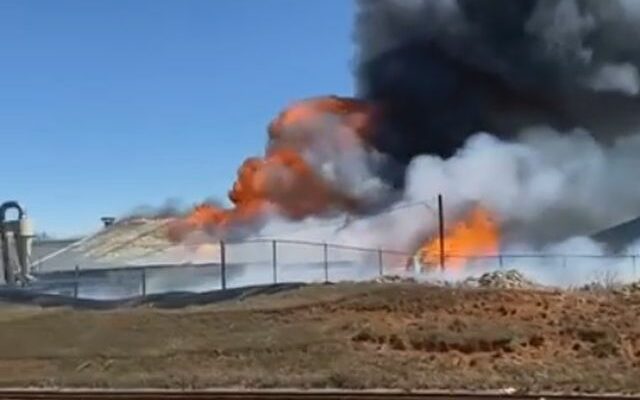 The three alarm fire began at Riss & Associates Cabinets and Casework and spread to a neighboring building — Cameron Ashley Products. Fire officials says it was especially challenging because Riss and Associates was a very large building filled with wood and combustibles.

It brought in firefighters from area communities as they battled very windy conditions and led to the temporary closure of Sturgis Road.

The blaze was reported shortly after Noon and thick, black smoke along with visible flames could be seen coming from the building as firefighters arrived. It led to some downed power lines and evacuations.

Fire crews remained on scene of the fire overnight, watching for hot spots.

The fire’s cause is under investigation.