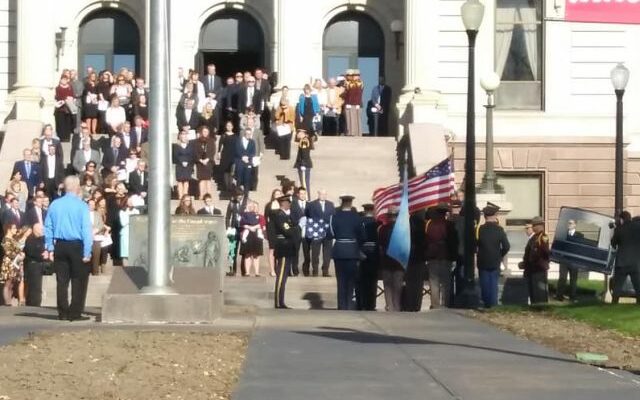 The body of Frank Farrar arrives at the Capital

PIERRE, S.D. (AP) — Former South Dakota Gov. Frank Farrar was memorialized in a ceremony at the state Capitol. He died last month at the age of 92 after an injury to his head.

Farrar was known as the “boy wonder” of South Dakota politics after he became the youngest person ever elected state attorney general in 1962. He became the state’s 24th governor six years later, running unopposed for the Republican nomination and easily winning the general election.

He left politics to focus on banking and philanthropy, but remained a regular figure at South Dakota political events.