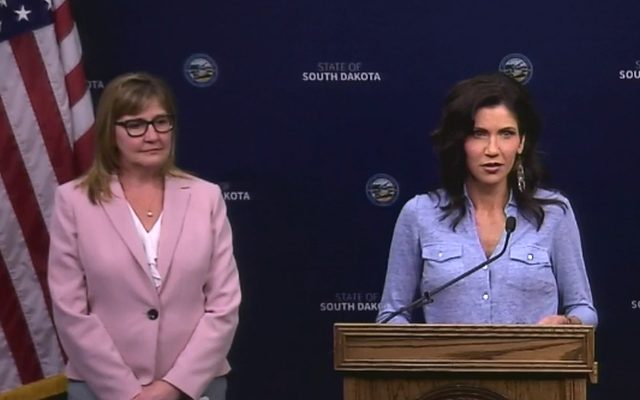 Noem says she asked the South Dakota Attorney General to investigate and then sent affidavits and video to the White House, the Department of Justice, the Interior Department and the state’s congressional delegation, asking for help resolving the dispute.

The tribes set up the checkpoints last month to keep unnecessary visitors off the reservations.

Earlier this month, Noem threatened to sue the Cheyenne River Sioux Tribe and the Oglala Sioux Tribe if they did not remove highway stops within 48 hours. She backed away from that plan last week, offering to negotiate if they would take them off of U.S. and state highways.