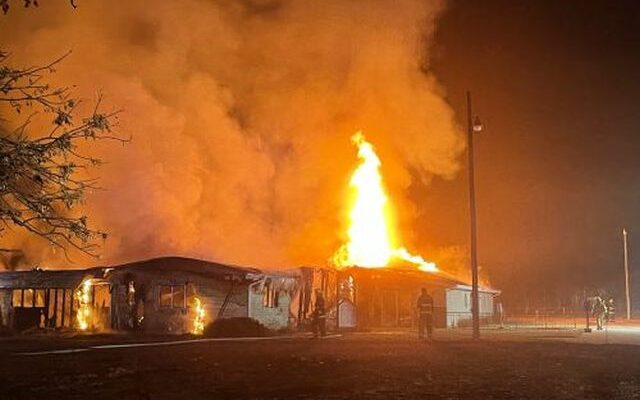 A church in Hamlin County has been destroyed by fire.

Fire crews from Castlewood were sent out around six o’clock Wednesday morning to a fire at the Hamlin Reformed Church, five miles east and two miles south of Castlewood.

Sheriff’s Lieutenant Tayt Alexander says they arrived to find the south end of the church on 464th Avenue engulfed in flames, with the fire spreading quickly.

Fire departments from Estelline and Hayti were brought in to provide mutual aid, and additional water.

Fire crews were on the scene for several hours. They were able to keep the fire from spreading to a home next to the church, but the church itself is a total loss.

Alexander says there’s nothing to indicate the cause of the fire is suspicious. The State Fire Marshal’s Office is being brought in to help determine the cause.