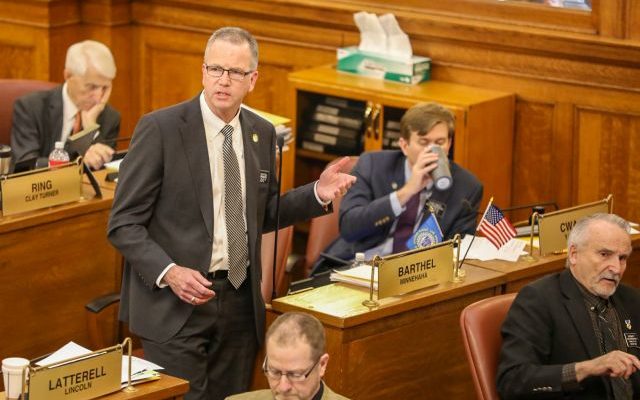 PIERRE, S.D. (AP) — Lawmakers in the South Dakota House have passed a bill that would make texting and driving a criminal offense.

Rep. Doug Barthel of Sioux Falls said he introduced the bill after hearing the stories of people who died in accidents involving a driver who was texting.

Current law allows a fine of $100 for highway drivers who text.

The bill would apply the ban to all roads and anyone using mobile devices for social networking sites. It would increase violations to a criminal offense, punishable by up to 30 days in jail and a $500 fine.

The measure passed 42-26. District 7 Representatives split on the bill with Tim Reed voting for it and Doug Post voting against it.