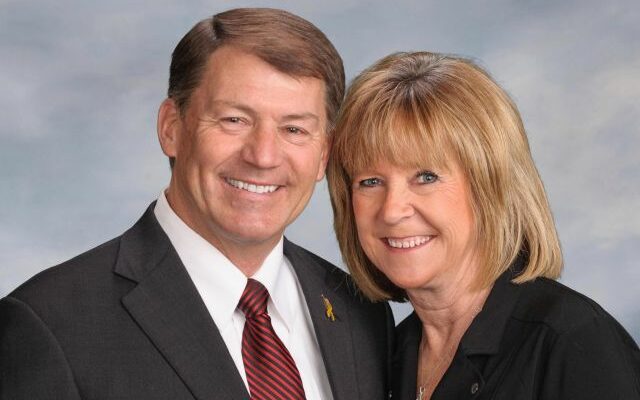 SIOUX FALLS, S.D. (AP) — Jean Rounds, the wife of Republican Sen. Mike Rounds of South Dakota, has died in hospice care. She was 65.

Jean Rounds had been undergoing treatment for cancer since May of 2019. Doctors initially found a malignant, aggressive tumor near her sciatic nerve and she underwent multiple rounds of chemotherapy and surgery. But Mike Rounds said in September of 2020 that doctors later found another tumor during a checkup.

Mike Rounds announced his wife’s death in a statement Tuesday afternoon. His office said she died at her Fort Pierre home while surrounded by loved ones.

“The love of my life is with the Lord. No more treatments. No more pain. Just peace. South Dakota knew her as First Lady. We knew her as wife, daughter, mom and grandma. She was everything to us,” Mike Rounds, who served two terms as South Dakota governor, wrote in a statement.

“The prayers and support we received throughout this battle were powerful and made a difference. We ask for your continued prayer as we remember her life and grieve together as a family,” he added.

She was born Jean Vedvei  on Oct. 4, 1956 and was raised on a farm near Lake Preston before registering at South Dakota State University, where she met the future senator. The couple got married in 1978 and eventually had four children together