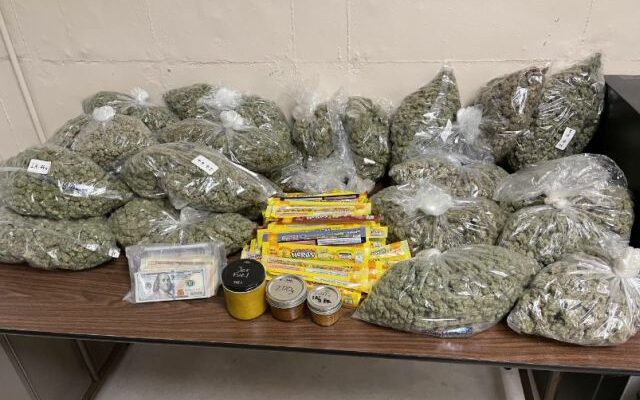 Yankton County and state authorities make a bust that included the seizure of 22 pounds of marijuana and other drugs.

The illegal drugs discovered during the operation have an estimated street value of more than $100,000.

David James Brown was taken into custody and is charged with Possession and Distribution of Marijuana, three counts of Possession of Controlled Substance and violation of a drug free zone.