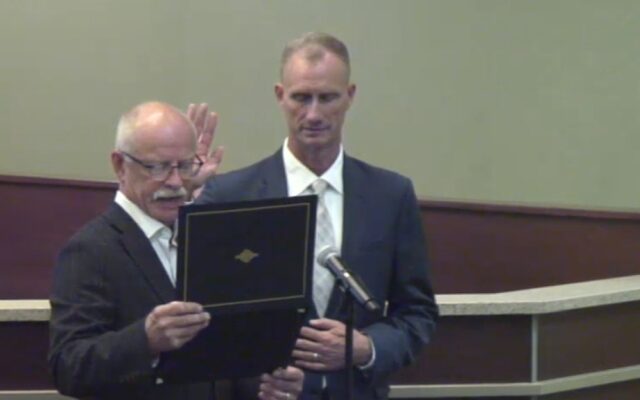 The new Brookings Chief of Police was sworn in Tuesday evening. Michael Drake was given the oath of office by Mayor Ope Niemeyer. Here is a portion of that oath…

Drake began his new duties Monday. He was hired earlier this month after a national search.

Drake comes to Brookings from Gardiner, New York, and has been with the New York State Police for the past 26-years, most recently as a Major. Drake says he’s excited to be here…

A meet and greet for Drake was held before Tuesday night’s City Council meeting.