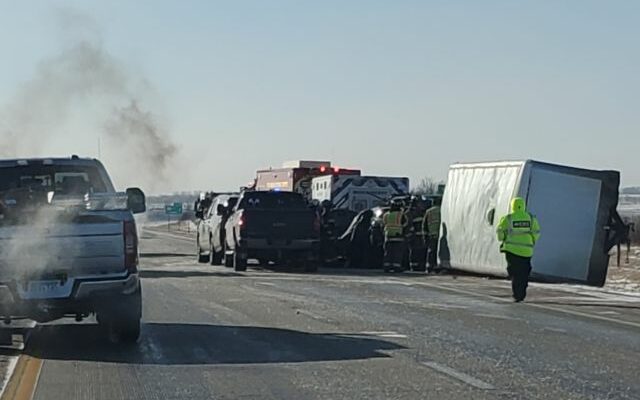 Names have been released in Monday’s two-vehicle crash in Moody County that claimed one life and caused injuries to three others.

According to the South Dakota Highway Patrol, 19-year-old Johannes Hofer of Sioux Falls, was driving a pickup pulling an enclosed trailer that was northbound on Interstate 29. The pickup hit a patch of ice, slid through the median and collided with the SUV.

Pat Mitchel was pronounced dead at the scene. Doris Mitchel was taken to a Sioux Falls hospital.

Hofer was not hurt. Two male passengers in the pickup were injured. An 18-year-old suffered serious, non-life threatening injuries and a 42-year-old passenger received minor injuries.