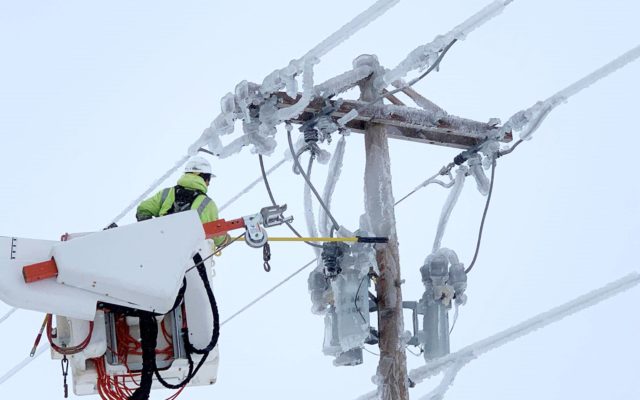 Power outages from the ice storm are not as widespread as had been feared but there were still nearly 2000 consumers without power this morning in South Dakota. That according to numbers compiled by the South Dakota Rural Electric Association.

About 600 were west river with the rest in eastern South Dakota, from Lake County north. Hamlin County reported the most with 452, Deuel County had 391, followed by 222 in Brookings County, 194 in Kingsbury County and 163 in Day County. Several other counties also reported outages but in smaller numbers.

The numbers have been changing rapidly over the last 24 hours as customers are brought back online and new issues pop up.

The latest updates can be seen at the SDREA website.