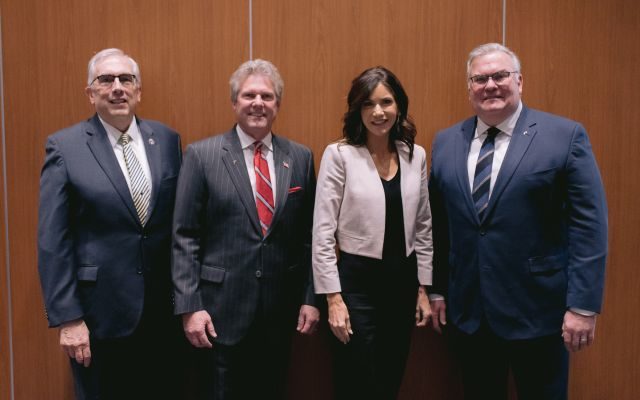 South Dakota will have a needs-based scholarship program, the final state in the nation to create such a program.

It happened this week because of a $50 million endowment from First Premier Bank and philanthropist T. Denny Sanford.

Governor Kristi Noem and bank officials made the announcement Wednesday afternoon in Sioux Falls. The program will be called the Premier Scholarship fund, and Noem is expected to ask lawmakers to match that with another $50 million in state funds this upcoming legislative session.

Noem says it’s incredibly important for our students and our future.

The goal is to get the fund to $200 million to help students at South Dakota’s six public universities as well as Augustana University and the University of Sioux Falls.

Recipients of scholarships will have to work in state for three years. If they don’t, the scholarship then becomes a loan.