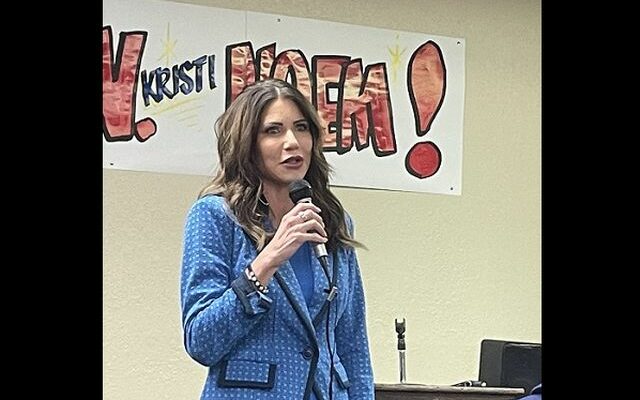 The announcement is a change for Noem after not publicly supporting a bipartisan proposal to cut the tax in March.

The Republican governor made the announcement two days ahead of a Friday debate with her Democratic challenger, Rep. Jamie Smith, who has pushed the repeal of the 4.5% tax on groceries for years.

Noem says this will be huge for South Dakota individuals and families. If passed by the state legislature, Noem says it would be “the largest tax cut in South Dakota history…

Noem, who is rumored to be seeking a position in the White House in 2024, says cutting the sales tax on groceries is one way to help protect people from a disastrous White House.

Noem didn’t lay out any plans for how the state may recoup the money or what might be cut from the state budget.