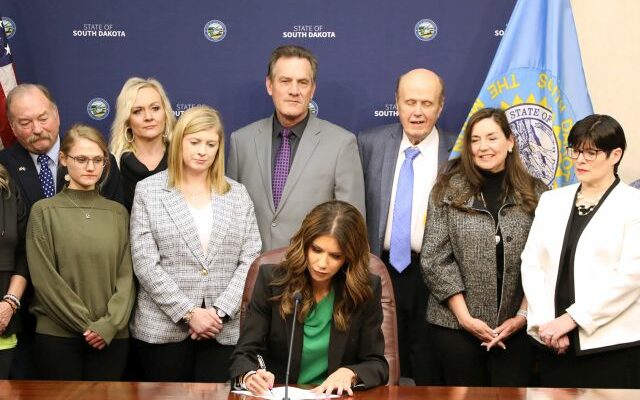 The Republican governor took aim at Mark Zuckerberg’s donations that in 2020 helped officials hold elections in the midst of the pandemic. Zuckerberg and his wife, Priscilla Chan, in 2020 donated $350 million nationwide to help local election offices collect and count ballots.

Noem has joined conservatives in accusing the tech mogul’s social media platform of censoring right-wing voices as part of its campaign against misinformation.

The Center for Technology and Civic Life has said its grant program helped make the 2020 election the most secure in history while turnout soared even amid the COVID-19 pandemic.