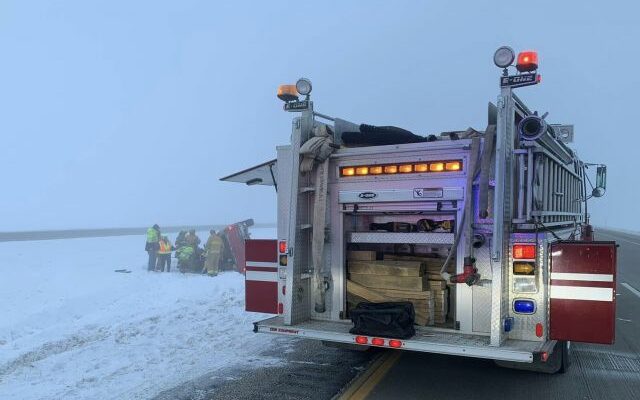 One person suffered injuries in a rollover crash on Interstate 29 about five miles north of the Castlewood exit.

According to the Hamlin County Sheriff’s Office, a northbound truck lost control on the icy roads, entered the median and rolled.

A sheriff’s deputy was first on scene followed by a medical doctor and nurse who were passing through. The doctor and nurse attended to the driver while waiting for first responders to arrive.

Once on scene, crews with the Castlewood Fire Department had to cut the roof off the truck to extract the driver.

The driver was taken to the hospital by the Castlewood Ambulance for injuries received in the crash.