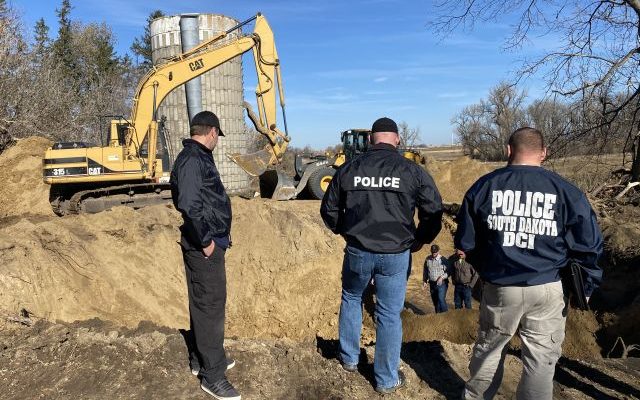 WATERTOWN, S.D. (AP) — Authorities say the remains removed from an abandoned well in Deuel County in early November are not those of a missing woman — and are not human at all.

Deuel County Sheriff Cory Borg says the remains were identified as belonging to an immature hoofed animal, probably a deer or cattle.

The bones were found on Nov. 3 as part of an investigation into the 2001 disappearance of Pamela Dunn, after a Deuel County resident gave authorities a lead that led them to dig up the well.

Dunn’s ex-boyfriend, David Asmussen, is serving a life sentence in prison after he was convicted of kidnapping her.