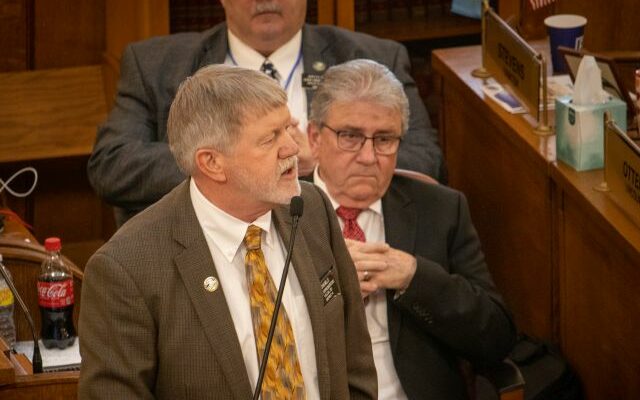 The South Dakota House rejects a Republican-sponsored resolution to criticize Gov. Kristi Noem for allegedly interfering in a state agency to aid her daughter’s application for a real estate appraiser license. Democrats and a group of Republicans who have sparred with the Republican governor supported the resolution.

The resolution called Noem’s conduct “unacceptable” and “detrimental” to the morale of state employees. Noem has asserted she did nothing wrong.

The resolution was brought forth by District 4 Representative John Mills of Volga. Mills says he found the whole matter “deeply troubling.” He says there was absolutely no political agenda or intent in the resolution…

It would have had no force of law.

Through a procedural move, further debate was suspended after Mills spoke and the vote was held. It was rejected on a 29-38 vote.

Both District 7 Representatives, Tim Reed and Larry Tidemann, voted against the measure.