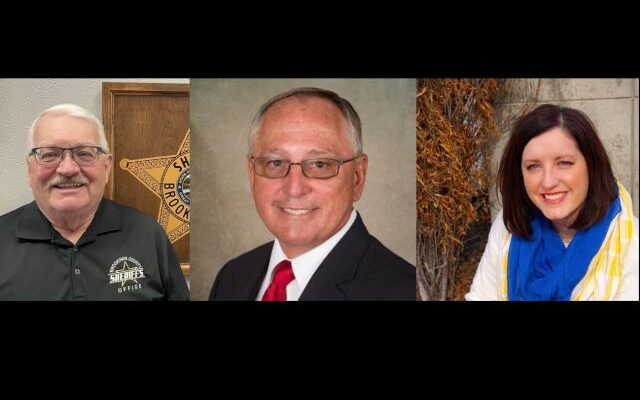 Brookings County Sheriff Marty Stanwick wins reelection to another term in office, adding four more to the nearly 24-years he’s served in the position. Stanwick defeated challenger Jeff Kollars Tuesday with 60-percent of the vote. The final tally was 7141 votes to 4802.

Stanwick says this will be his last term.

With Tim Reed moving over to the State Senate and Larry Tidemann stepping aside, we knew there would be two new faces representing District 7 in the State House of Representatives. They are Republicans Roger DeGroot and Melissa Heermann. DeGroot had 4980 votes, Heermann had 4461 and Democrat Cole Sartell finished third with 3431.

Tim Reed was uncontested Tuesday for the District 7 Senate seat and there were no contested legislative races in District 8.

For Brookings County Commission, five people were vying for three seats. The winners are: Kelly VanderWal, incumbent Larry Jensen and Shawn Hostler. VanderWal was tops with 6982 votes, Jensen was at 6169 and Hostler at 4743. Gretchen Weible was fourth at 3795 and Bauer fifth at 3456.

There was also a race for a 3rd Circuit Court Judge position. Robert Spears won 51% of the vote, defeating Michael Moore.

Turnout in Brookings County was 62-percent.