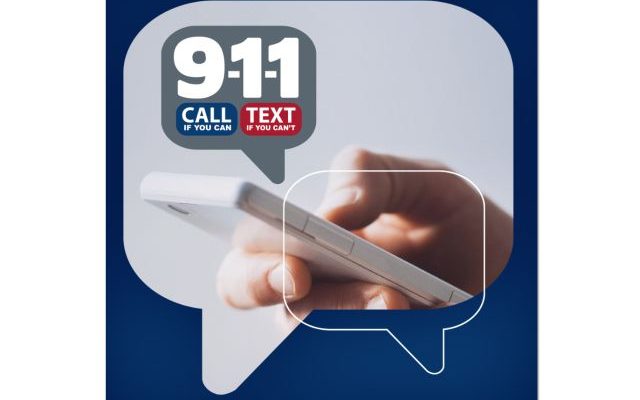 PIERRE, S.D. (AP) — South Dakotans now have the option to text 911 when they’re unable to make a 911 voice call. The text, like a phone call, will be routed to a local dispatch center.

Officials say texting should only be used when someone can’t safely make a voice call, such as in situations involving an active shooter, domestic violence or a home invasion. Texting to 911 can also be used by people who lose the ability to speak because of a medical crisis.

The South Dakota Department of Public Safety issued some guidelines, including first texting location and type of emergency. Photo or video texts cannot be received by dispatchers.