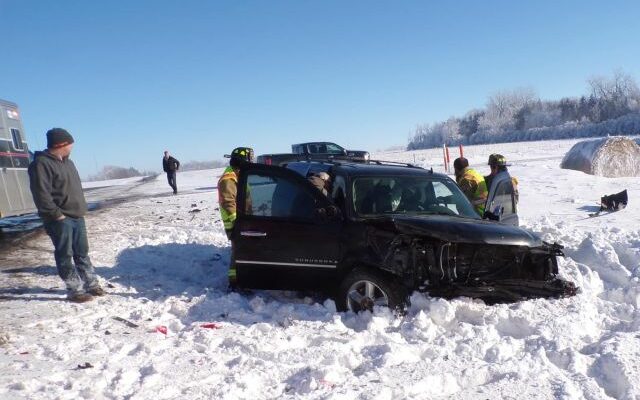 Two people were hospitalized after a Friday afternoon crash near Clear Lake.

The Deuel County Sheriff’s Office says it happened west of Clear Lake just after 1:00 pm. A southbound SUV failed to stop at a stop sign and collided with another SUV.

Both drivers were hurt and taken to the Clear Lake Hospital. The driver of the southbound SUV had to be flown to a Sioux Falls hospital for injuries and another medical condition.

Because of the fog Friday, the helicopter was unable to land safely at the Clear Lake Hospital. South Dakota Highway 15 was shut down south of Clear Lake so the helicopter could safely land and transport the driver to Sioux Falls.