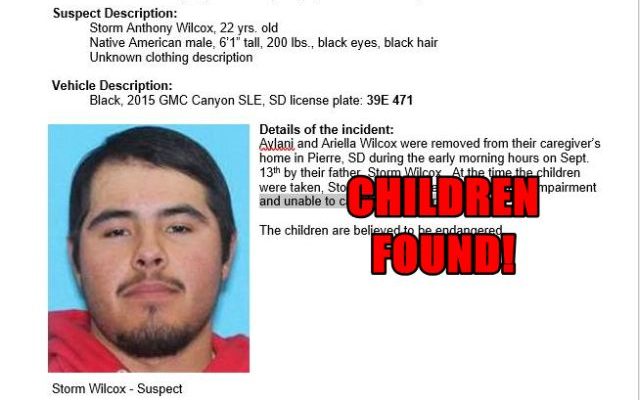 PIERRE, S.D. (AP) — The South Dakota Endangered Missing Advisory has canceled an alert Monday for two children from Pierre, allegedly taken by their father who authorities say was exhibiting signs of impairment.

Authorities say the children have been recovered, but they did not provide details.

The earlier alert said the father took the 3-week-old girl and her 1-year-old sister from their caregiver’s home in Pierre early Monday morning. Authorities say the children were believed to be endangered because the father appeared to be impaired and unable to care for them.