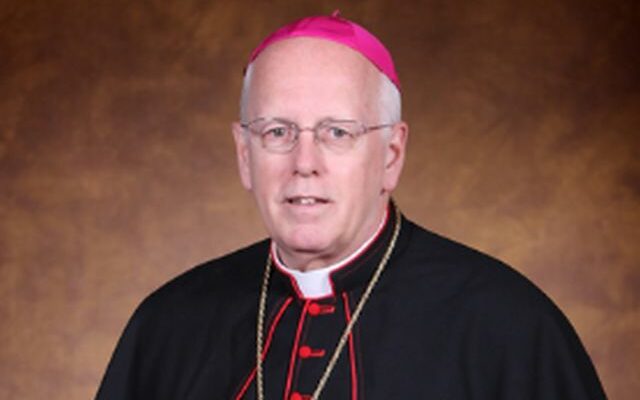 A former Bishop of the Catholic Diocese of Sioux Falls passed away Saturday in Wisconsin.

The Most Reverend Paul J. Swain, Bishop Emeritus of the Diocese of Sioux Falls, was 79 years of age and had been in hospice care in recent weeks.

Pope Benedict XVI appointed Swain as the eighth bishop of Sioux Falls in 2006 and he retired in 2018.

From 1967 through 1972, Swain served in the United States Air Force as an Intelligence Officer, including service in Vietnam where he earned a Bronze Star. He also served as director of policy for the Governor of Wisconsin from 1979 to 1983. He became a priest in 1988.