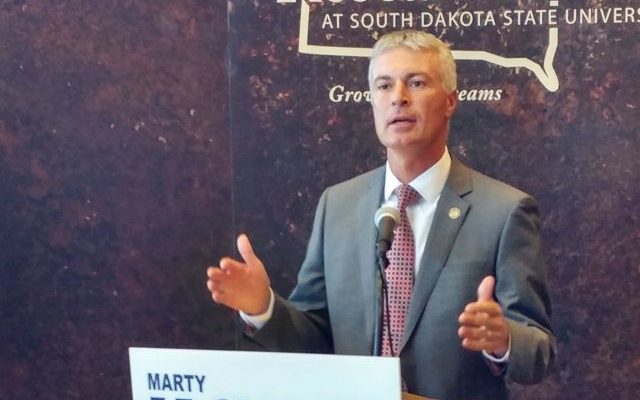 Marty Jackley in Brookings in 2017

Jackley’s announcement Monday came as current Attorney General Jason Ravnsborg faces calls for his resignation and impeachment for his involvement in a fatal car crash. The announcement positions Jackley to replace Ravnsborg as he deals with the political crisis from striking and killing a man with his car last year. Both men are Republicans.

Jackley was attorney general from 2009 to 2019, winning reelection twice. He lost a Republican primary battle for Governor to Kristi Noem in 2018.