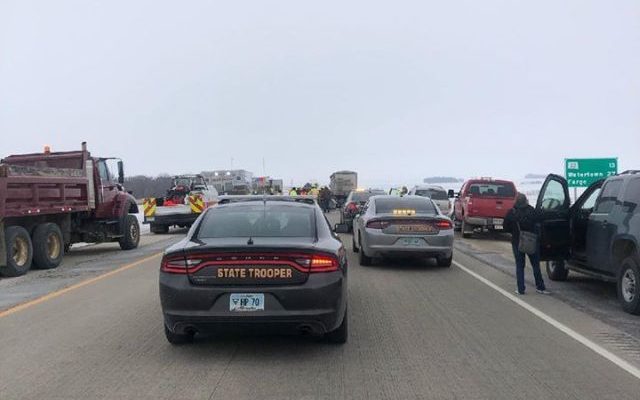 A Kearney, Nebraska woman has been identified as the person who died Friday afternoon in a two-vehicle crash west of Toronto.

A semi-truck was pulling a full trailer and a pup trailer northbound on Interstate 29 when the driver braked suddenly for two dogs running across the interstate. A small car, also heading north, rear-ended the pup trailer.

Both drivers were wearing seat belts. They were the only people involved in the crash.