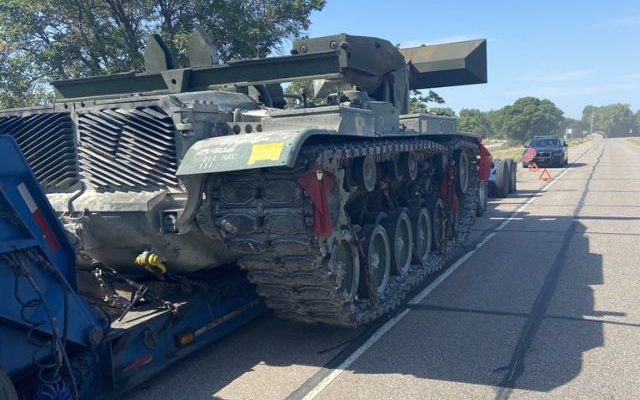 The Nebraska State Patrol says a large military tank was left sitting on a parked trailer, apparently by a trucking company that was supposed to take its owner, the South Dakota National Guard.

The patrol says the tank was abandoned sometime Wednesday as it was being driven to South Dakota from a training mission in California.

Patrol spokesman Cody Thomas said the patrol is working with the South Dakota National Guard to return the tank and find the driver who abandoned it.