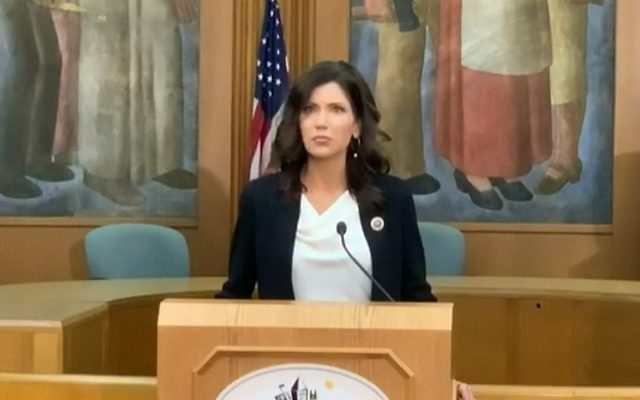 SIOUX FALLS, S.D. (AP) — South Dakota Gov. Kristi Noem has announced she’ll be sending $200 million in federal coronavirus relief funds to city and county governments. But she says the economic impact of the pandemic could last for years.

The Republican governor visited Sioux Falls to explain that cities and counties will be able to access the funds based on their population.

The state has received $1.25 billion from the federal government as part of a relief package aimed at addressing the coronavirus.

The governor is still hoping part of the money can be used to make up losses in tax revenue due to the economic downturn.