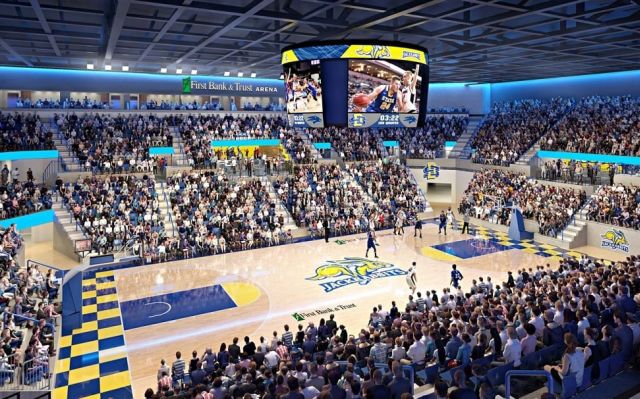 Concept for the future First Bank and Trust Arena

It’s a $53-million project with $43-million coming from private donations. The other funding includes $4-million generated from sporting event ticket, sponsorship and broadcast rights and $6-million in accumulated maintenance and repair funds.

SDSU President Barry Dunn says it includes restrooms, concessions, seating and improved space for sports medicine, training and offices. He says it will also greatly improve accessibility. There will also be a new addition between Frost and the basketball practice gyms to the south.

SDSU hopes to begin construction in May with completion of the entire project in September 2024. It would be done in phases during the off-season.

Frost Arena opened in February, 1973. The renovated facility will be called First Bank and Trust Arena.