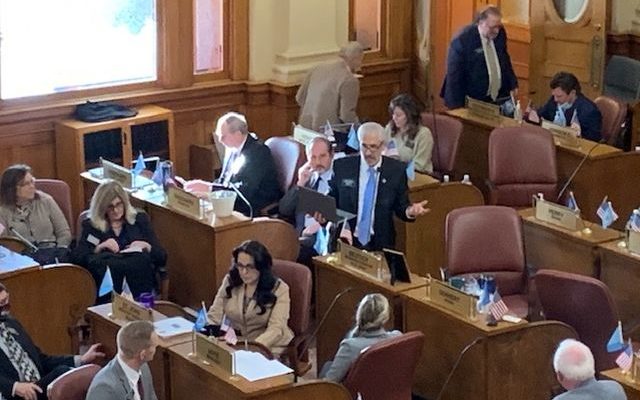 Rep. Fred Deutsch speaks in favor of his bill

HB1076 was killed in committee Tuesday. Members of the full House scheduled the bill for floor debate anyway using a procedural maneuver known as a ‘smoke out.’ The bill was tacked onto the end of Wednesday’s calendar.

Rep. Fred Deutsch of Florence sponsored the bill. He says the measure is about capturing accurate data used in state vital records.

But Mission Democrat Shawn Bordeaux and others say the bill feels like an attack on people that are transgender.

House lawmakers debated the bill for more than 45 minutes before calling the vote.

The measure passed with a 39-31 and now heads to the Senate for further consideration.

Both District 7 Representatives, Tim Reed and Larry Tidemann, voted against the bill.