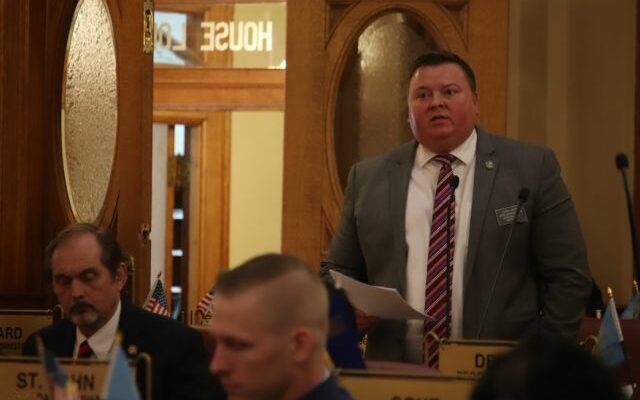 Rep. Chris Karr urges the House to override the veto of HB1281, dealing with spending oversight of federal dollars

The three bills on Monday all failed to garner the two-thirds majority necessary to override a veto. It sends defeats to proposals that would have given lawmakers more control over spending federal aid, allowed pregnant minors to consent to medical care without their parents’ permission and removed old marijuana charges from South Dakotans’ criminal background checks.

Each of the bills lost support from lawmakers after Noem vetoed them last week, showing her sway in the Statehouse.