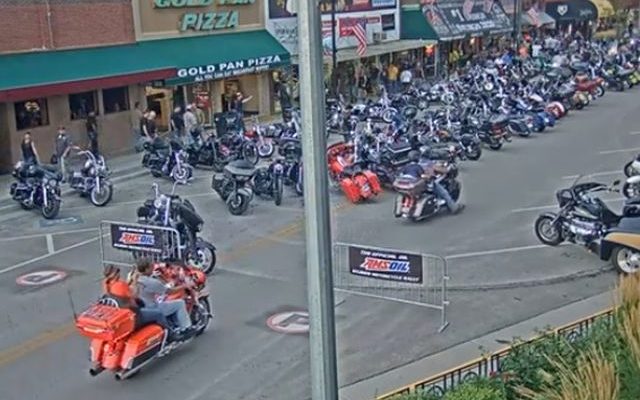 still from City of Sturgis webcam

South Dakota authorities have reported the first haul of crashes, arrests and citations from the Sturgis Motorcycle Rally in the western part of the state.

The annual rally started on Friday, drawing thousands of mostly maskless riders to the streets and bars of Sturgis.

Organizers say they expect fewer visitors than in other years. But the Department of Public Safety reports the number of arrests, citations and accidents has kept pace with last year.

So far, authorities have reported 18 crashes, which is down slightly from last year’s mark of 20. None have been fatal.