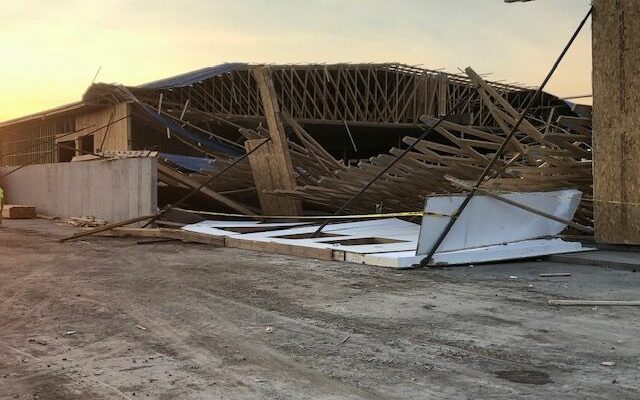 KWAT Radio reports that one of the ten workers sustained critical injuries when the large, heavy rafters came down. Five of the injured were taken to Prairie Lakes Hospital in Watertown, three to Milbank and two to Webster.

Bowsher says the investigation will be turned over to the Occupational Safety and Health Administration to determine what caused the collapse.