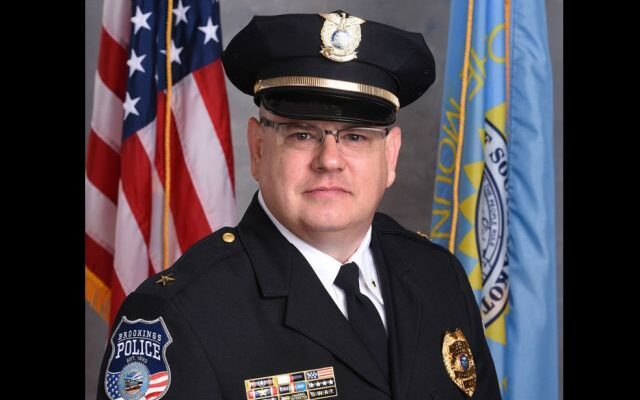 Brookings Police Chief Dave Erickson is retiring at the end of April.

Erickson has been in law enforcement some 30 years, 24 of them on the Brookings Police Department. He became chief at the end of 2017. Erickson had previously been Assistant Chief.

Erickson tells us he sees this as a change of career and not retirement. He says he’s still figuring out what that next career will be.

City Manager Paul Briseno says a nationwide search will be conducted for a new chief and the city will form a hiring committee.