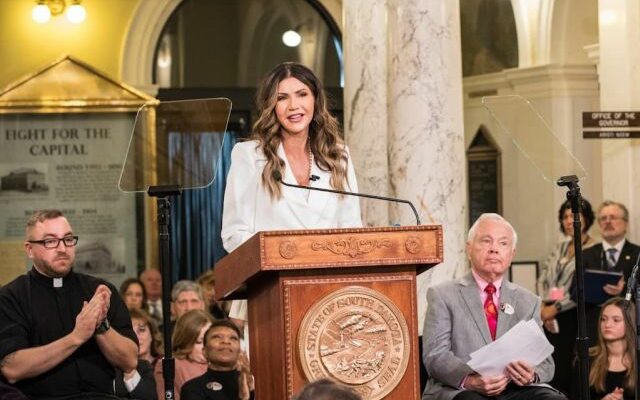 She blamed it on the release of her Social Security number amid hundreds of documents that the House Jan. 6 committee released last year.

The Republican governor, who is weighing a 2024 White House bid, said in a statement Monday that her personal cell phone number had been linked to hoax calls.

Noem’s office did not offer further evidence that the release of her personal information led to the hack.