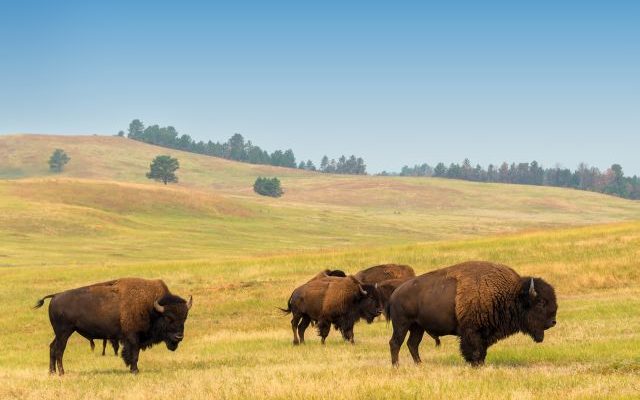 GRAND CANYON NATIONAL PARK, Ariz. (AP) — Dozens of bison have been relocated from the North Rim of the Grand Canyon to Native American lands in several states.

Grand Canyon National Park officials say a roundup begun in August and completed earlier this month led to the transfer of 51 bison to the InterTribal Buffalo Council. The bison were then successfully transported to the Prairie Band Potawatomi Nation in Kansas, the Flandreau Santee Sioux Tribe in South Dakota, the Santee Sioux Tribe in Nebraska and the Modoc Nation in Oklahoma.

The relocations are part of an effort to reduce the size of the herd on the Kaibab Plateau.