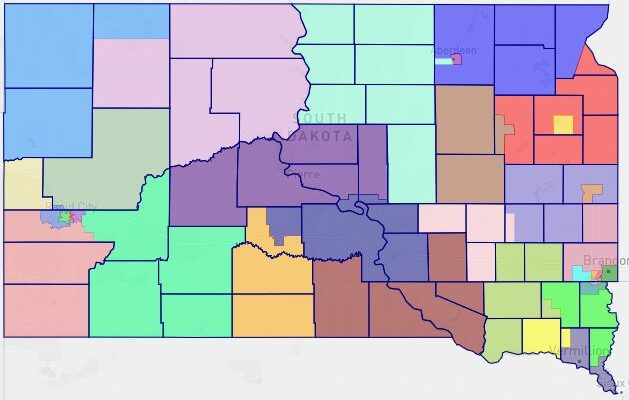 PIERRE, S.D. (AP) – South Dakota’s Legislature has approved new political boundaries that are likely to shake up the Statehouse. Moderate Senate Republicans championed the proposal. The state’s population has shifted towards urban areas in the last decade and the map’s proponents argued that new legislative districts must reflect that change.

House lawmakers unsuccessfully pushed a map that would have kept legislative lines close to their current positions.

The final proposal passed 37-31 in the House and 30-2 in the Senate. it now heads to the Governor’s desk. If signed, and barring legal challenges, it would be in use for next year’s election.

At first glance, District 7 gets slightly larger to the east, adding Aurora and Bushnell while still including all of Brookings. The rest of Brookings County is in a new District 8 with Kingsbury and Lake Counties and most of Miner County.