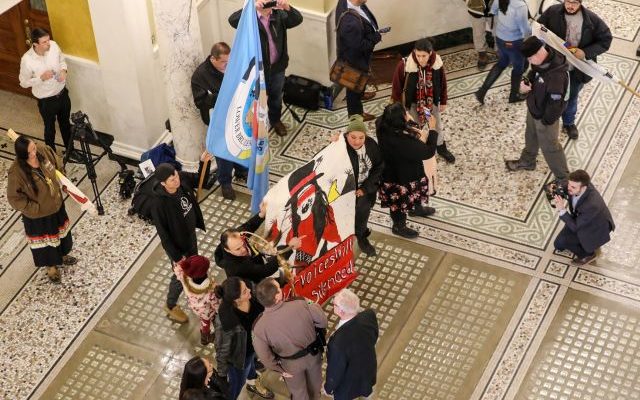 PIERRE, S.D. (AP) — Gov. Kristi Noem’s proposal to revive the state’s criminal and civil punishments for riots has passed a final Senate vote and will next proceed to her desk.

The issue has drawn demonstrations, lawsuits and passionate testimony over the past year.

The Republican-dominated Legislature has sought to tighten the state’s laws on riot and incitement to riot ahead of expected construction of the Keystone XL pipeline.

Noem argues that the bill uses the “narrowest” definitions of rioting and inciting a riot and only goes after people who commit violence.

But opponents say the bill would have a “chilling effect” on peaceful protests and creates a false narrative that Native American people are violent.