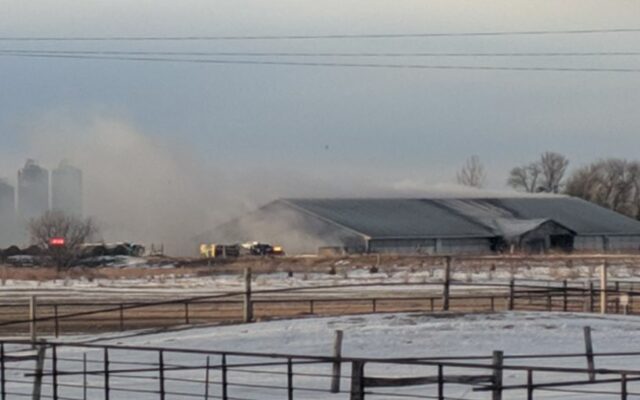 Crews battle a fire this morning in a barn at the SDSU Dairy Research and training Center on Medary Avenue in Brookings.

Brookings fire crews were called to the scene shortly after 8:00 this morning.

Assistant Sheriff Scott Sebring says the fire appeared to have started in a manure pumping room and spread to other parts of the barn.

The total extent of the damage to the building is unknown at this time.

There were no injuries and no cattle died as a result of the fire.