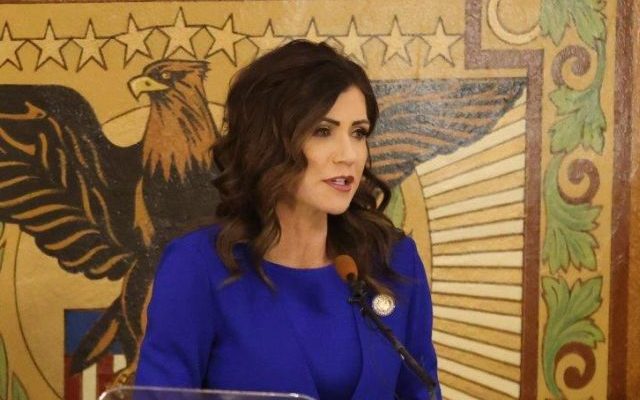 SIOUX FALLS, S.D. (AP) — South Dakota Gov. Kristi Noem is contradicting her own labor secretary about a meeting last year in her office, saying there was no discussion of how her daughter could still win a real estate appraiser license after a state agency moved to deny it.

The Republican governor answered questions from South Dakota reporters on the episode Thursday, more than a month after The Associated Press first reported on it.

Secretary of Labor Marcia Hultman told lawmakers that a meeting last year included a brief discussion about a plan that was already in place to give Noem’s daughter an opportunity to obtain her license.