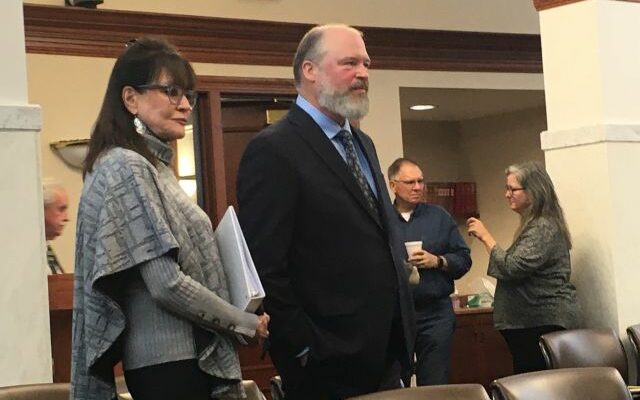 PIERRE, S.D. (AP) — The former director of a South Dakota appraiser agency told lawmakers Tuesday that Gov. Kristi Noem’s daughter received unusual treatment in an application for her real estate appraiser license. That included an extra opportunity to obtain it after failing to meet federal requirements.

Sherry Bren’s testimony to a legislative panel was the first time that she’s spoken in depth in public about Kassidy Peters’ application and about a meeting her mother called last year to discuss the appraisal process. The panel began looking into the meeting after The Associated Press first reported on it in September.

Noem called the meeting a week after the Appraiser Certification Program told her daughter her application was headed for denial. Peters obtained the certification four months later.

The Governor’s office denies that Peters received any special treatment.