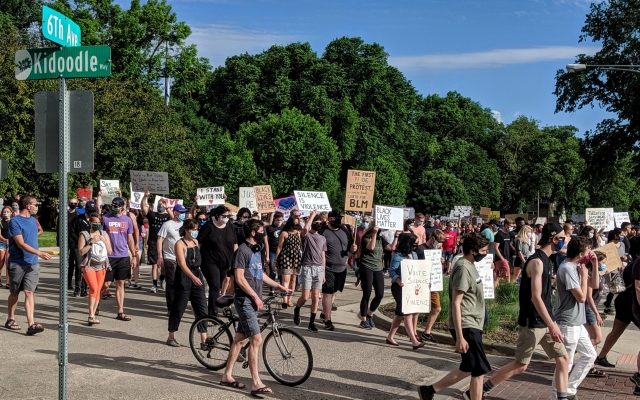 A peaceful protest was held Friday evening in Brookings to mark the killing of George Floyd in Minneapolis and to call for reforms in Amercia. Hundreds took part in the demonstration.

The Justice for Black Lives Demonstration began on the courthouse lawn and included a march through the downtown with stops at the Post Office, Police Department and City Government Center.

The event included music, speeches, and a moment of silence as people knelt near the police station in memory of Floyd.

Brookings police leadership met with march organizers prior to the event with the goal of supporting and conducting a peaceful demonstration.

A press release says the City of Brookings stands in solidarity with organizers as “we address and have transformative conversations regarding the large, complicated issue at hand.”

The march began with organizers calling for peace and justice.