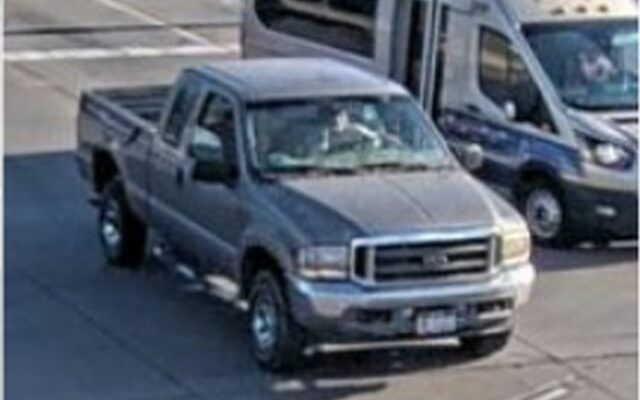 Authorities are searching for the man driving this stolen pickup

Law enforcement agencies, including the Highway Patrol, are seeking the public’s help in the Sioux Falls area as they try to find a man who fired a gun into the air Wednesday morning.

At 8:30 a.m., the man was observed at an intersection in Sioux Falls. He approached someone and asked them if they were a government or state employee. When the person said they were not, the unknown male said he was looking for someone in law enforcement or state government to shoot and then fired a shotgun into the air.

The man is driving a brown or tan Ford F250 pickup with fire fighter plates and South Dakota license FF0311. The vehicle was reported stolen from Sioux Falls and was last seen northbound on Reid Street near the viaduct in Sioux Falls.

Sioux Falls police believe the man may be 27-year-old Elliot Lincoln Jay Bird, who is also wanted on a parole violation:

The public is urged to exercise caution and contact law enforcement immediately if they have any information that might pertain to this case.