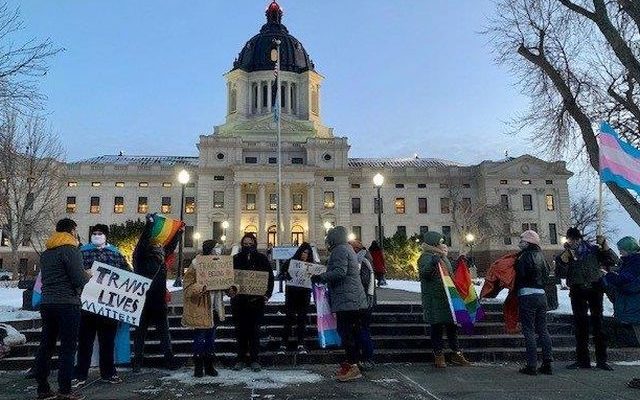 Protesters opposed to HB1076 gathered outside the Capital Tuesdat morning

PIERRE, S.D. (AP) — South Dakota Republican lawmakers have revived a proposed law that would ban people from changing the sex designation on their birth certificates.

The House Health and Human Services Committee earlier rejected the bill that LGBTQ advocates decried as an attack on transgender people. The vote was 7-6.

Republicans in the House forced the bill to be brought to a vote by the full House through a rarely used legislative procedure known as a “smoke out.”

Bills that affect transgender people have become a perennial topic in the South Dakota legislature, although transgender advocates say they are making progress and are getting their voices heard.