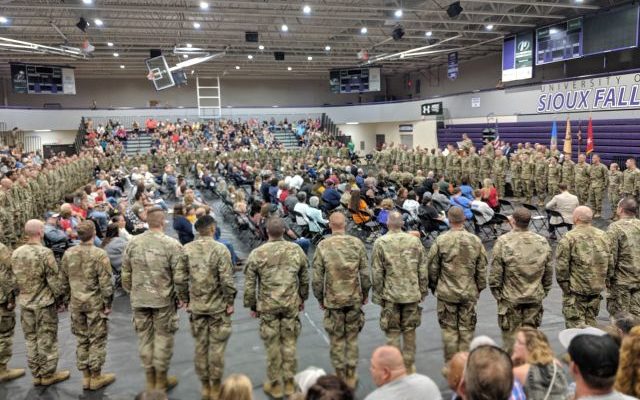 South Dakota National Guard soldiers are headed to the southern border following an activation ceremony Sunday at the University of Sioux Falls.

The 125 soldiers of 1742nd Transportation Company of Sioux Falls and Flandreau are being deployed following a request from the Pentagon.

The deployment is set to last one year and the unit’s mission at the southern border has not been released.